Costs to Open a Cafe

How much it costs to open a new cafe in Singapore

How much does it cost to open a new cafe in Singapore? Owning a cafe seems to be a common dream for many people, and with new cafes sprouting out all over Singapore every other week, is opening a cafe – especially for first-timers who have no financial backing and experience in the cutthroat F&B industry – really that easy? 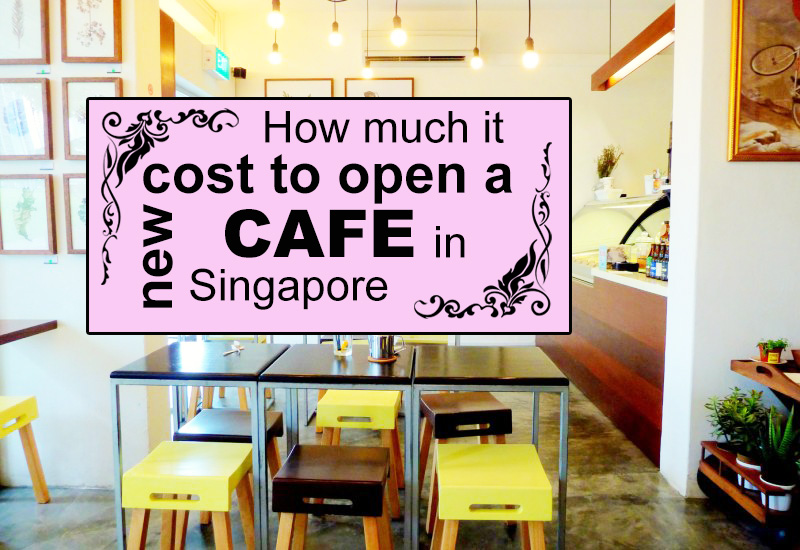 We spoke to several cafe owners to get a gist on how much it costs to open a new cafe in Singapore – from rental, to interior design, labour cost, and kitchen equipment. And now, here’s what you should know to have a better idea, and to possibly help you in your decision-making and planning:

The biggest obstacle to your dream of opening a cafe. Rental in Singapore is insane – think about the cups of coffee and the number of cakes that you have to sell just to cover your rental, and we haven’t included other expenses yet. Ideally, your rent should be about 10% of your total revenue, but most new cafe owners will testify that it is almost mission impossible as rentals are constantly going up, and you’d have to pay a crazy amount to get a spot in a prime location or shopping malls.

However, recently new strata malls like Bugis Cube and Alexandra Central (mixed mall in Alexandra Road with Park Hotel), serve as a feasible option at good prime location with shopping mall traffic crowds. Asking rental estimated there are around $15-$30psf depending on the facing of the unit and the floor within the mall (with the higher floors at a lower asking price).

For areas near the central business district such as Duxton Road and Tanjong Pagar, the current going rate for a small ground floor shophouse unit (we are talking about something smaller than 1,000 sqft) is around S$10,000 to S$15,000 (rental for the second and third floors of a shophouse is usually much lower), while it can go as high as S$30,000/month for a 2,500 sqft unit.

In the past two years, we have witnessed the trend of many new cafes opening in residential neighbourhoods and while it is significantly cheaper, you will still need to fork out around S$5,000 to S$7,000 a month for a 800 to 1000 sqft unit in neighbourhoods such as Everton Park, Rangoon Road, Alexandra and Holland Village.

There are other factors that you should also consider. First, if you are taking over the unit from another tenant, there will usually be a takeover fee which can be a sizeable amount – usually five-digit. 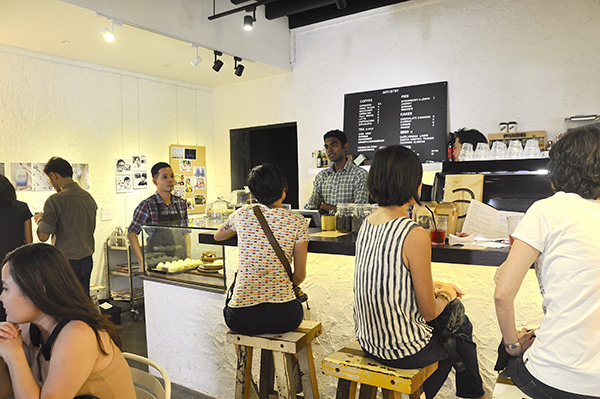 Second, leases in Singapore are usually not very long, so there is the challenge to recover your cost within the short timeframe. There is a huge risk of your landlord increasing your rental significantly after the end of the contract. Experienced F&B owners will try to negotiate for a rent-rise cap, but new cafe owners do not have any bargaining power, so this is pretty much out of the question unless you have connections.

Third, and also one important point to note – you cannot expect to pay rental by the number of months you’d like to pay for. There is always a certain period to commit to, and that depends on the landlord. But the norm is a minimum of 6 months, so do take that into consideration for your initial start-up capital – it would be a big sum to fork out at the very first stage of securing your location.

Fourth, in the event that you are forced to move out of the premise after the end of the contract, you will have to bear the cost of relocating to another place. On top of that, there is sometimes a restoration fee (S$4,000 to S$5,000) that you need to pay renovation contractor to restore the cafe to its original state.

Cost of rental: Minimum S$5,000/month, but expect to set aside at least 6 months of rental as your initial start-up capital. 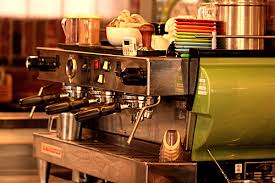 Most of the best independent coffee shops in Singapore use the top range espresso machines – such as Synesso, Slayer and La Marzocco – and they cost around S$25,000 to S$30,000 each. Of course, not every cafe owner is willing to spend so much on an espresso machine for a start. A decent machine can be as low as S$3,500.

Having a good grinder is also essential for making good espresso, and it can cost as much as S$5,000 for one. A good cafe that is serious about their coffee will usually have two grinders (one as backup), so that’s another S$10,000.

Utility bill is incurred once you start to renovate your cafe. It ranges from S$800 to S$2,000. 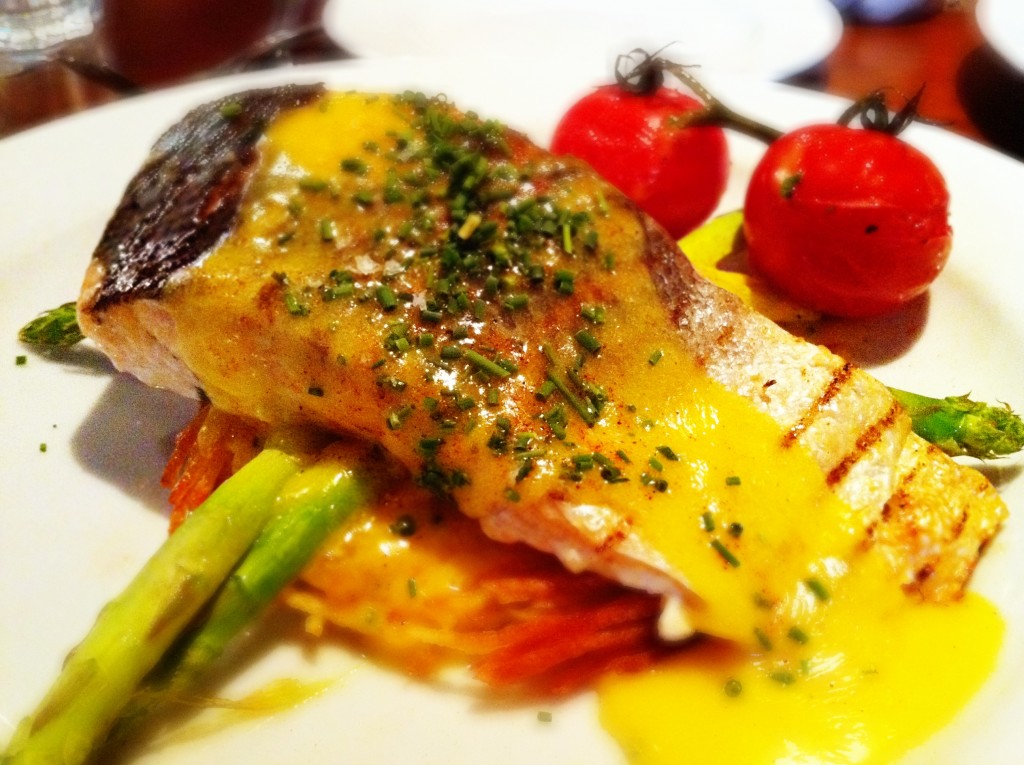 There are plenty of other expenses such as the interior design of the cafe, lighting, furniture and decorations, carpentry, painting, and flooring. These are decided by how lavish you want to be when it comes to decorating your dream cafe. 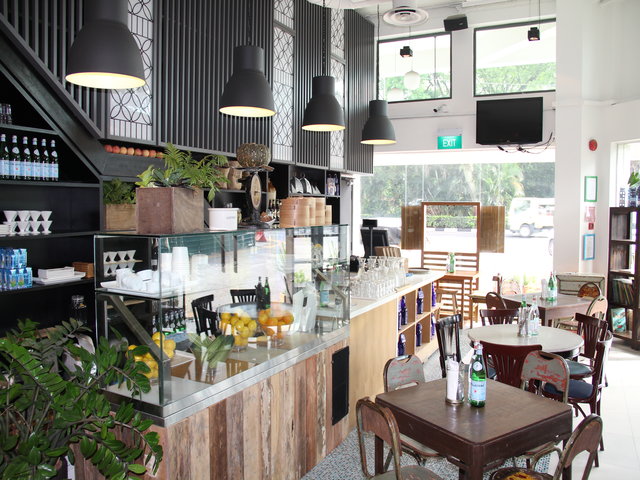 This deviates according to the size of the cafe, but we can safely say that a typical cafe requires two staff (three or four staff on busy days and the weekend) on the floor serving and clearing tables. You will need another two to three staff/baristas at the counter who are in charge of drinks and cashier. On top of that, for cafes that serve a proper food menu, the kitchen requires at least two to three chefs/cooks to function.

Most cafes pay S$7 to S$8 (per hour) for part-timers, whereas full-time local (Singaporeans and Permanent Residents) staff get around S$2,000 to S$2,200 (excluding CPF) a month. Non-Singaporean staff earn slightly less (S$1,600 to S$2,000) but there is a foreign worker levy – which can range from S$300 to S$700 per worker, depending on the number of foreign workers you have – to factor in.

If you are well-versed in coffee and can train your own baristas, good for you. But if you need to send your staff to a coffee academy for basic barista training courses, it starts from S$200/participant. For professional certification classes, it ranges from S$500 to S$2,000 based on the proficiency.

How much it costs to open a new cafe in Singapore

The odds are very much stacked against independents who do not have sufficient financial capital and liquidity, the proper experience of running a F&B establishment, bargaining power, as well as the right connections to sustain their businesses. Moreover, many new hipster cafes are too often more hype than substance by focusing too much on the aesthetics and miscellaneous furbishing instead of working on the more important factors like food and service.

The general advice from most of the cafe owners that we spoke to is to really think twice before you start a cafe. Also, accumulate some experience of working in a cafe to get a feel of what life would be like. There are many things that you never knew about working at a cafe; things that happen behind the scenes, things that regular customers would not otherwise observe or realise, and they are not always the prettiest things to share.

Contrary to popular beliefs, owning a cafe is not glamorous or cool as you think. Not only do you have to spend long hours at the cafe every day, you will also face challenges that you would have never imagined. If you are considering to open a cafe, make sure you have a sound business plan and enough capital for the initial start-up, as well as additional money for your payroll and rental. After paying for food costs, rental, salary and other expenses, the actual profit margin left is around 10%. So, if you are opening a cafe to get rich, think again.

Good luck and all the best for your cafe venture!