Sophia Hills is a sophisticated residential development located in Prime District 9 atop Mount Sophia, which sits on an extremely rare & huge plot of land of approximately 23,770.5 sqm in size at the former Old School @ Mount Sophia. Call us @ 96322058 or register with us (on the right side bar), Developer’s Exclusive Sales team for the first hand information on pricing and floor plans.
Sophia Hills is set to be the new landmark of the private and prestigious enclave of Mount Sophia with a mix of luxury and heritage. It will feature 493 residential units across 12 Blocks of 4 to 7-storey buildings, including the 3 charming conserved buildings that will be tastefully restored and integrated as Clubhouse, Childcare & Kindergarten & Restaurant. 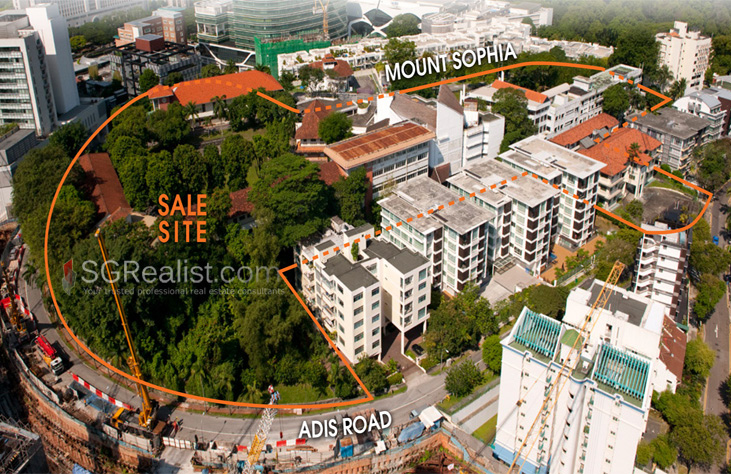 Sophia Hills is the first one-and-only development in Singapore with three conservation buildings.

The legacy of rich architectural heritage, spanning close to a hundred years, give a charm and character unique to Sophia Hills.

Located strategically behind Plaza Singapura, The Atrium @ Orchard & The Cathay, a wide array of shopping, dining and entertainment options are readily available to the residents within walking distances. Other shopping spots such as Ion Ochard, Wisma, Far East, 313 Sommeset, Cineleisure Orchard, Paragon is a short walk away. 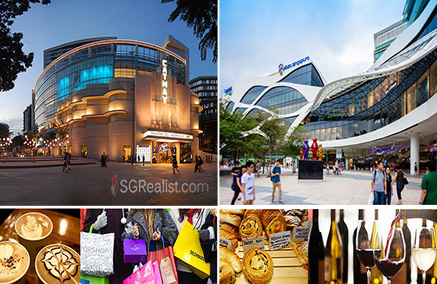 Ease of Convenience and Connectivity

Sophia Hills is conveniently located a short walking distance from Dhoby Ghaut MRT Interchange. It is the one and only interchange connected to three exiting lines, so you can get to anywhere with ease. It is also a short walk away to Bencoolen MRT Station (Future Downtown Line).

Well-connected to a comprehensive network of main roads and expressways, including the Central Expressway (CTE), Marina Coastal Expressway (MCE) and East Coast Expressway (ECP) nearby. It is a breeze getting to any destination islandwide.

It was called ‘Seligi Hill’ during the time of Raffles and there can be little doubt that the hill was subsequently renamed after Lady Sophia Raffles. William Flint, the brother-in-law of Sir Stamford Raffles, built and lived in a house on Mount Sophia, but the hill was later sold to Charles Robert Prinsep who also owned the adjacent hill, Bukit Cawa (now Mount Emily). 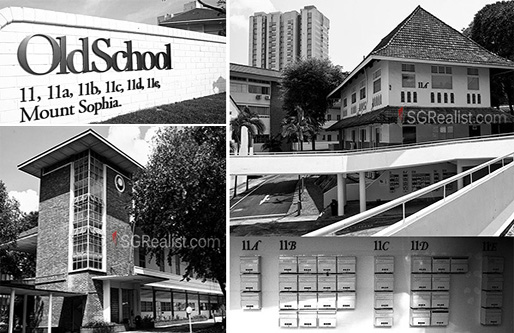 In 1850, Selegie Road formed part of Mr Prinsep’s nutmeg estate, which was eventually subdivided amongst various purchasers in 1860. A number of houses were erected on the hill including the famous grand Eu Villa, the family home of Eu Tong Sen. The building has since been demolished. Over the years, the area attracted different communities and, in particular, housed many Sikh and Jewish families.

Apart from residences, the hill has also hosted a handful of educational and religious institutions, some of which have left behind buildings with historic and architectural merits. Methodist Girls’ School was at Short Street from 1900 to 1933 and thereafter moved to Adis Road; Nan Hwa Girls’ School was located at 2 Adis Road; Former San Shan School was located along Sophia Road; Chung Hwa Girls’ School was set up in a bungalow (since demolished) at Mount Emily; the former Selegie Primary School building, the first high-rise school in Singapore, still stands along Selegie Road; and St Margaret’s Primary School still operates on the hill today.

Make Sophia Hills, your choice home in the choice location today! Call us @ 96322058 or register with us (on the right side bar), Developer’s Exclusive Sales team for the first hand information on pricing and floor plans.